RS STAFF
Having an RSR 525XL tank was completely unintentional. We had no plans to purchase a new tank. But after our RSR 450 was dropped during the move to our new house, we had an opportunity present itself.

This is not all the live rock as the rest of it is still being hosted at the pet store along with our fish and corals. Soon, we'll introduce the fish to their new home. 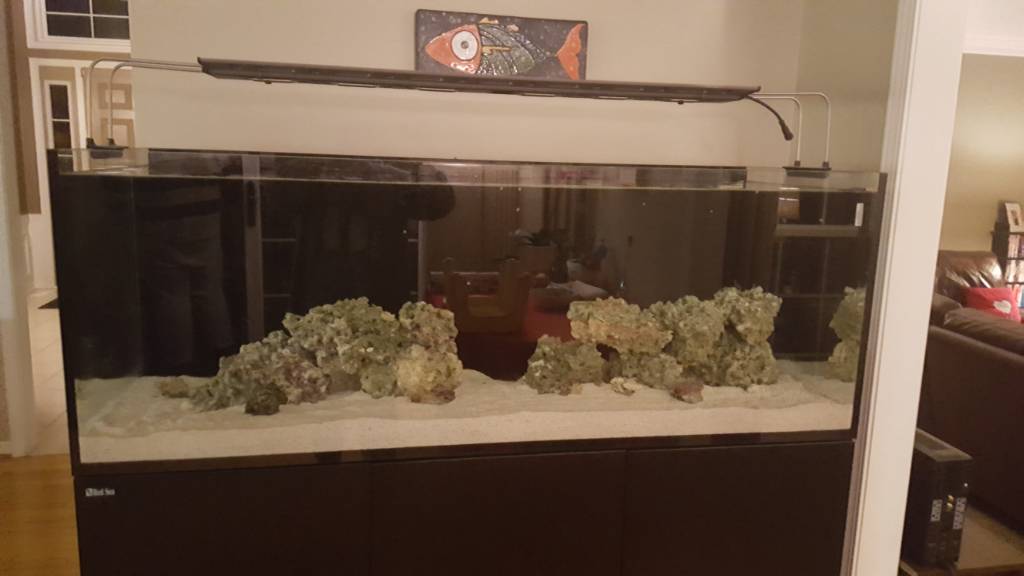 Ooo unintentional upgrades are just as good/exciting as planned ones!

StirCrayzy said:
Ooo unintentional upgrades are just as good/exciting as planned ones!

What's really awesome is that we got the V3 sump with the new plumbing arrangement and optional refugium! Not everything is wired up yet. The skimmer is only in there to test the height. 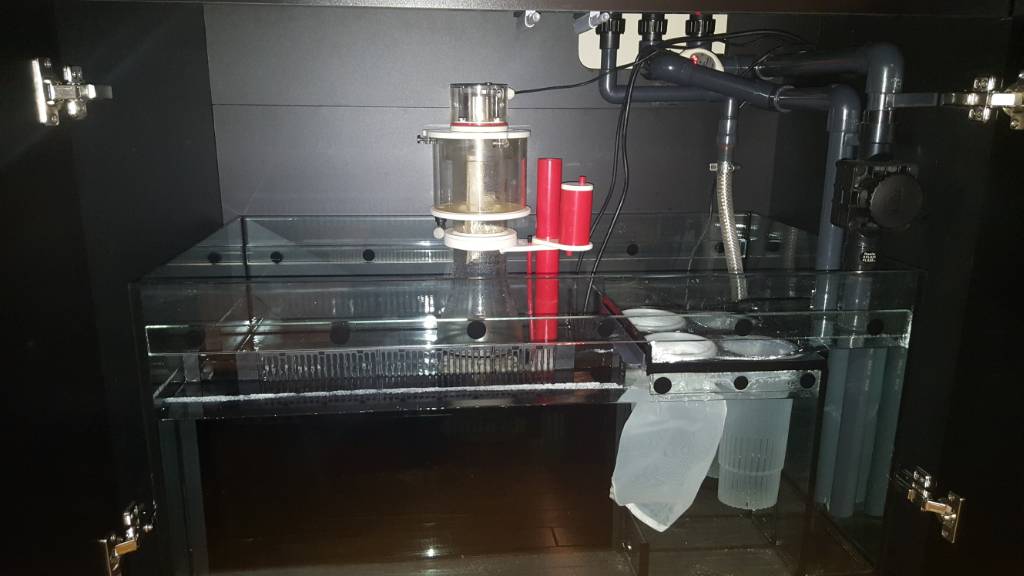 RS STAFF
@Hutch worked most of the day to build a controller board for the tank. It hides a ton of cables and gets the outlets up so it's less likely they'll get wet. I love it - like you couldn't tell from my cheesy selfie. 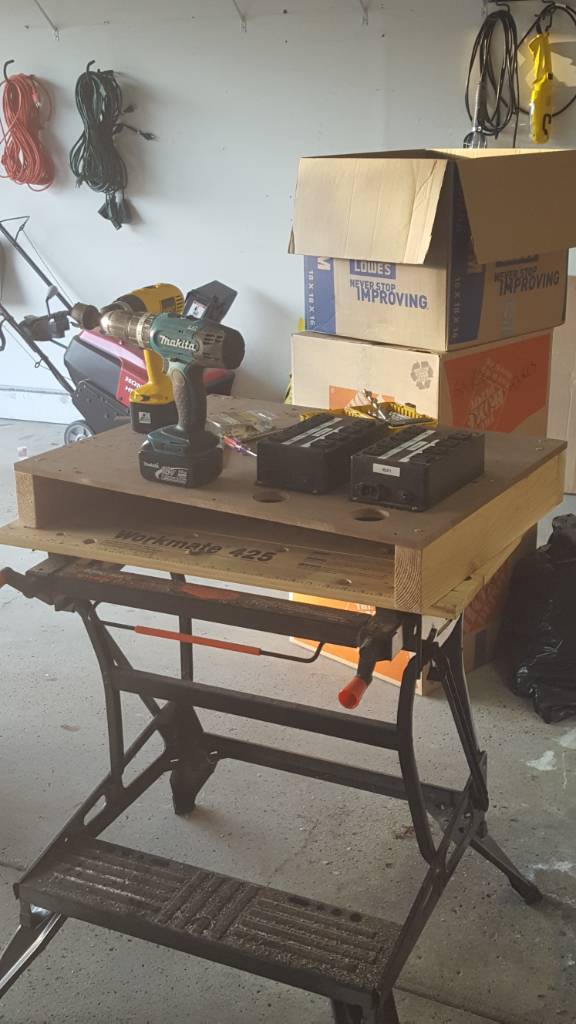 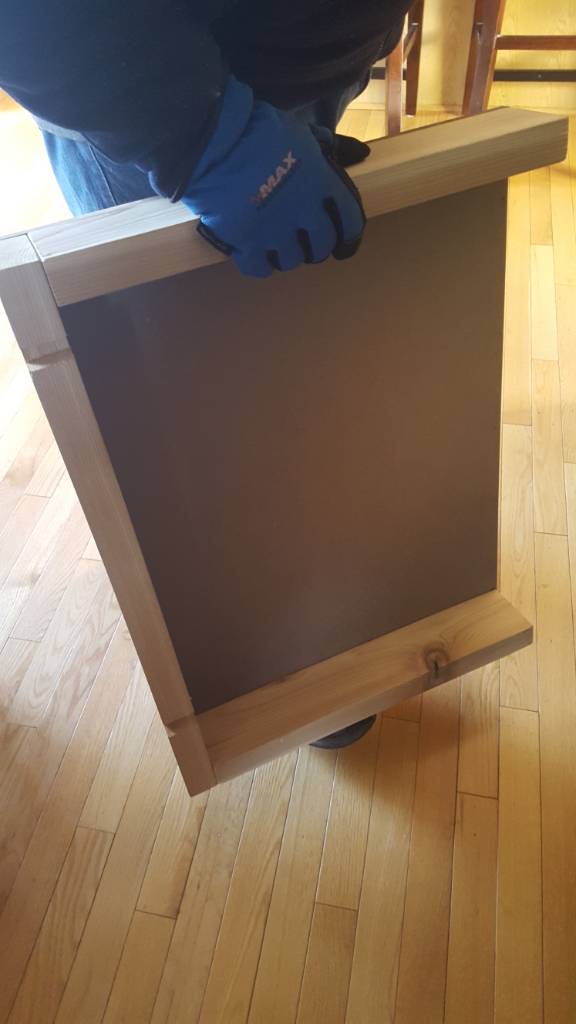 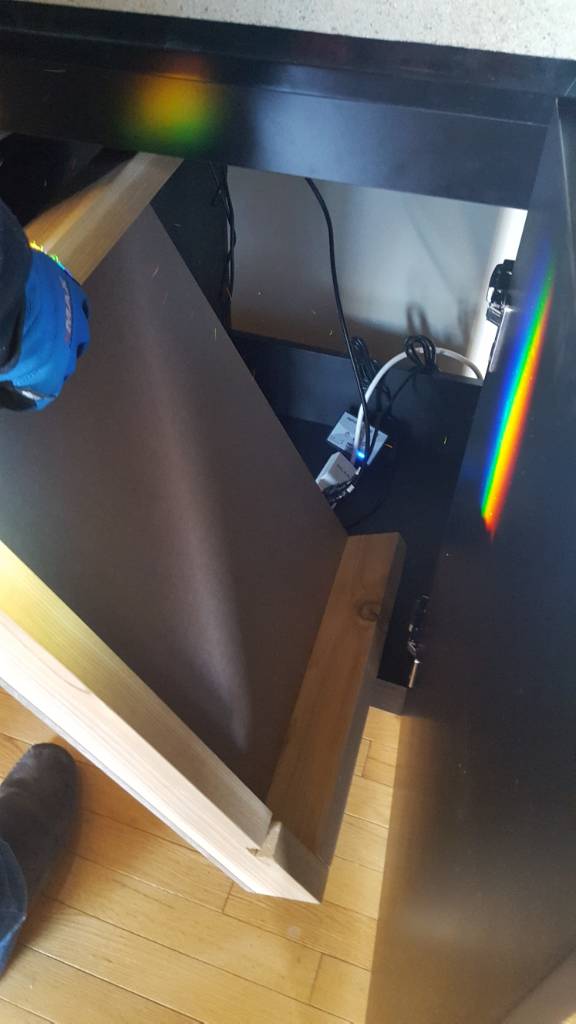 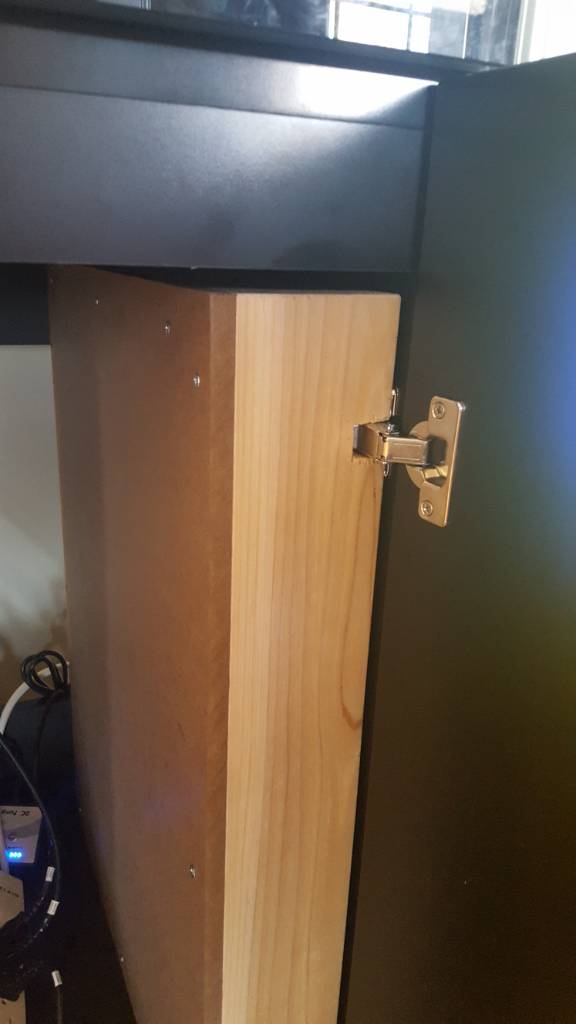 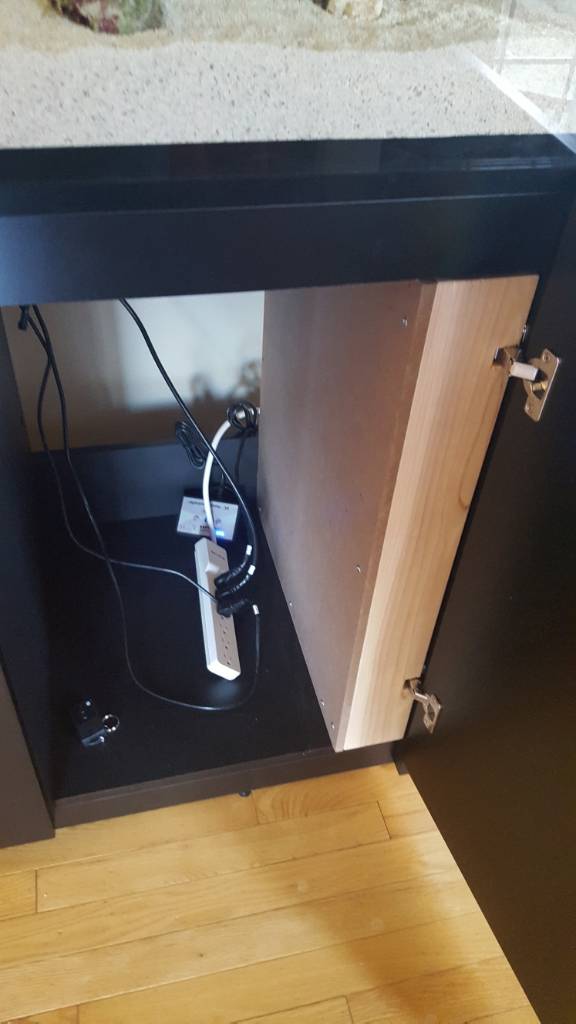 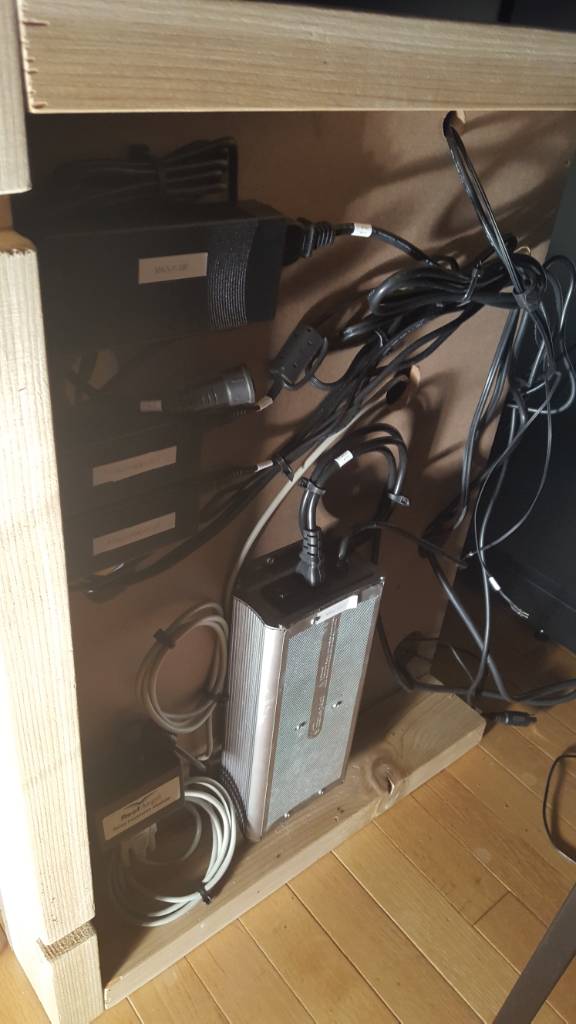 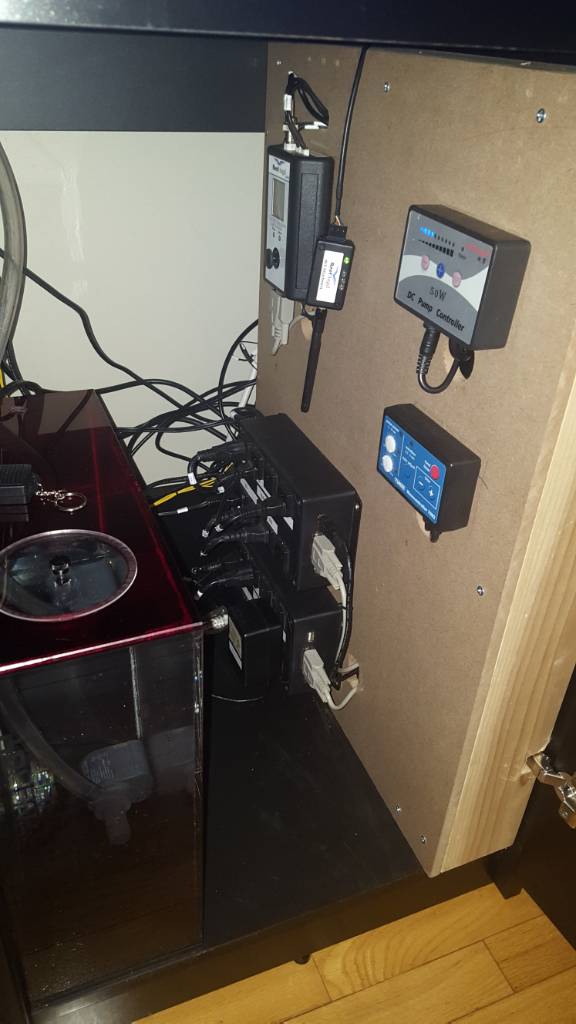 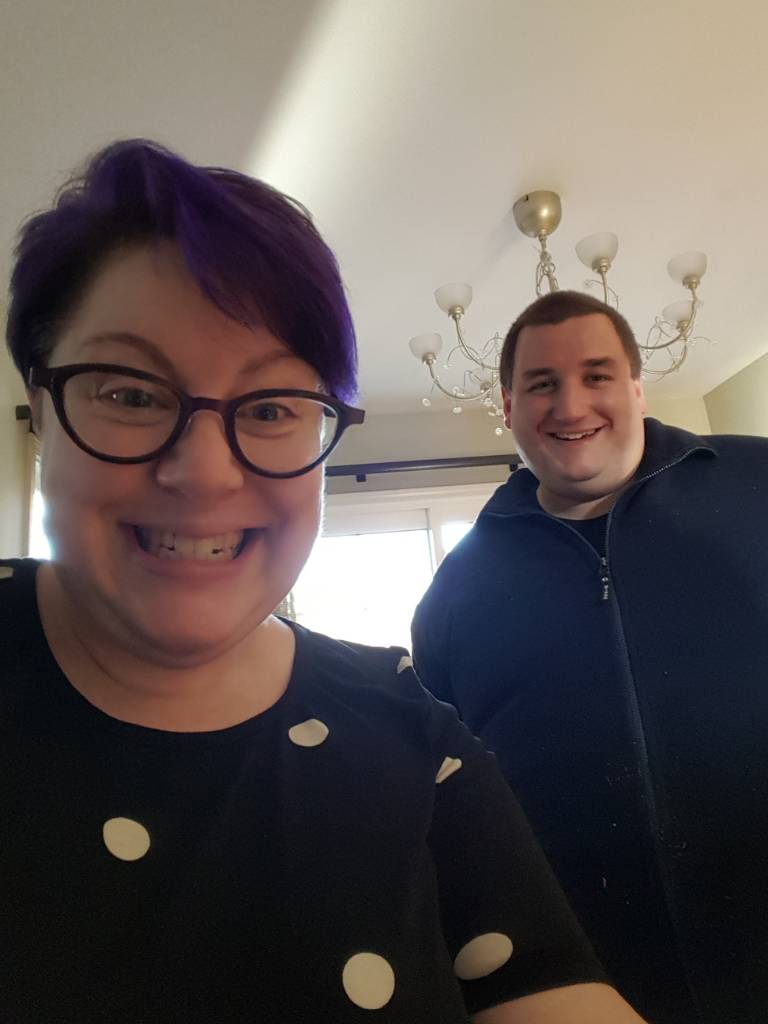 RS STAFF
On Sunday, @Hutch and I went to the pet store and brought home our fish and corals that were boarded since October 9th. We're so happy to have them home, and they love their new home. 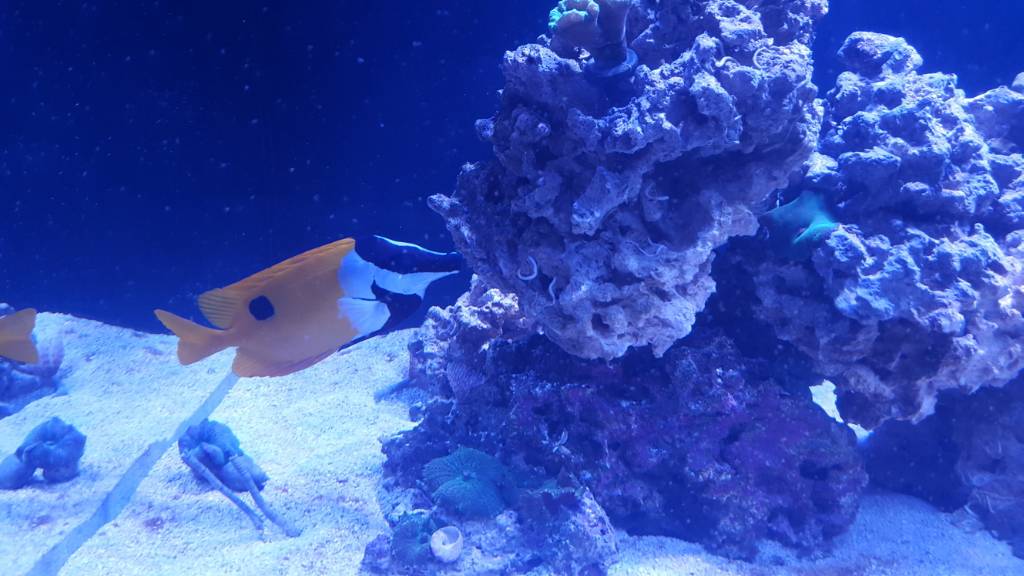 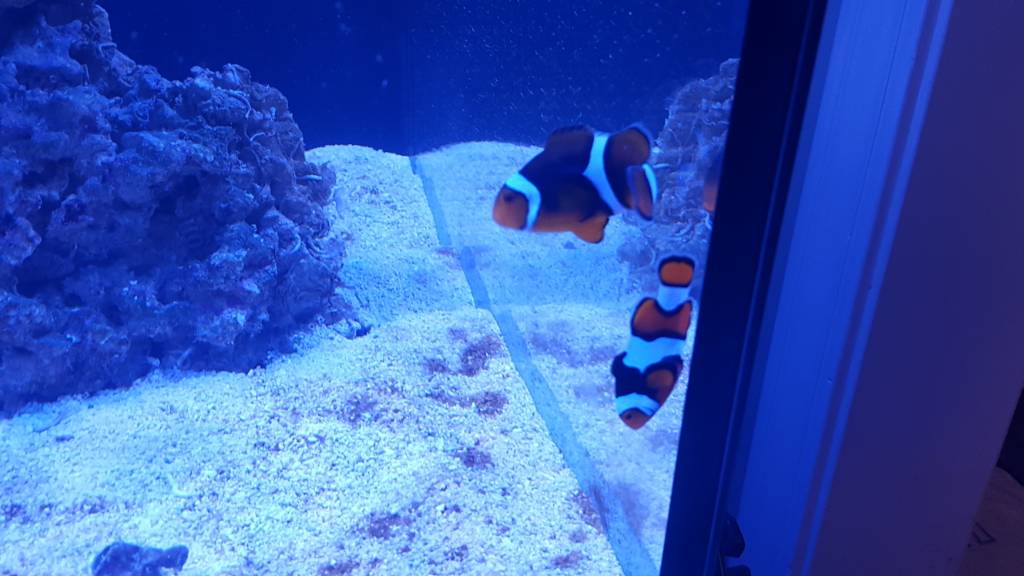 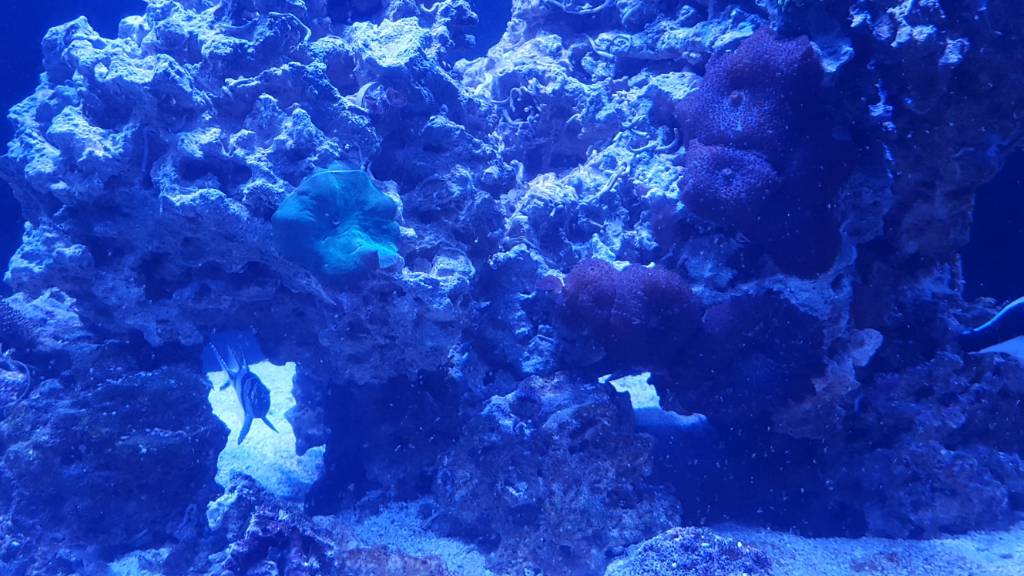 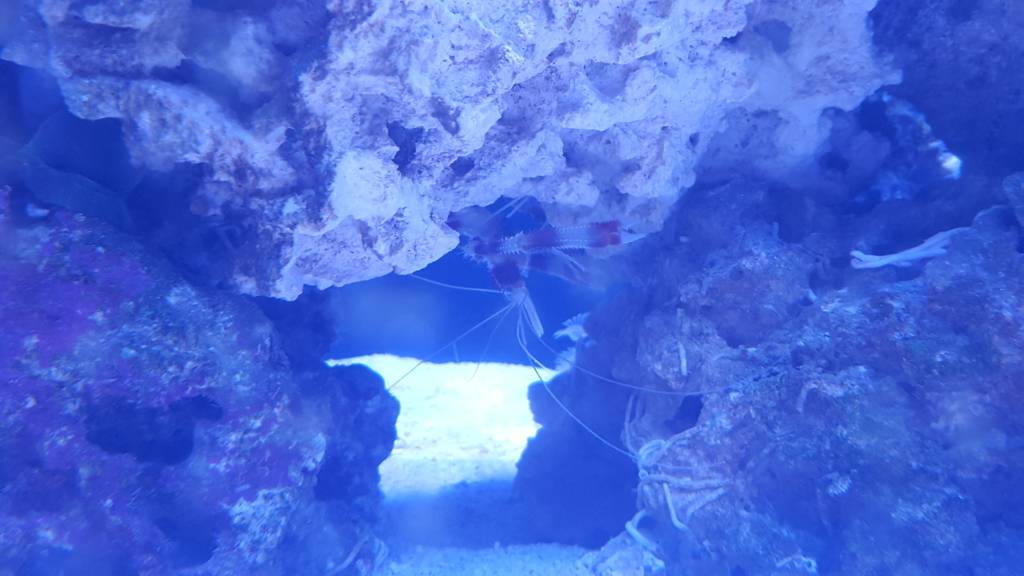 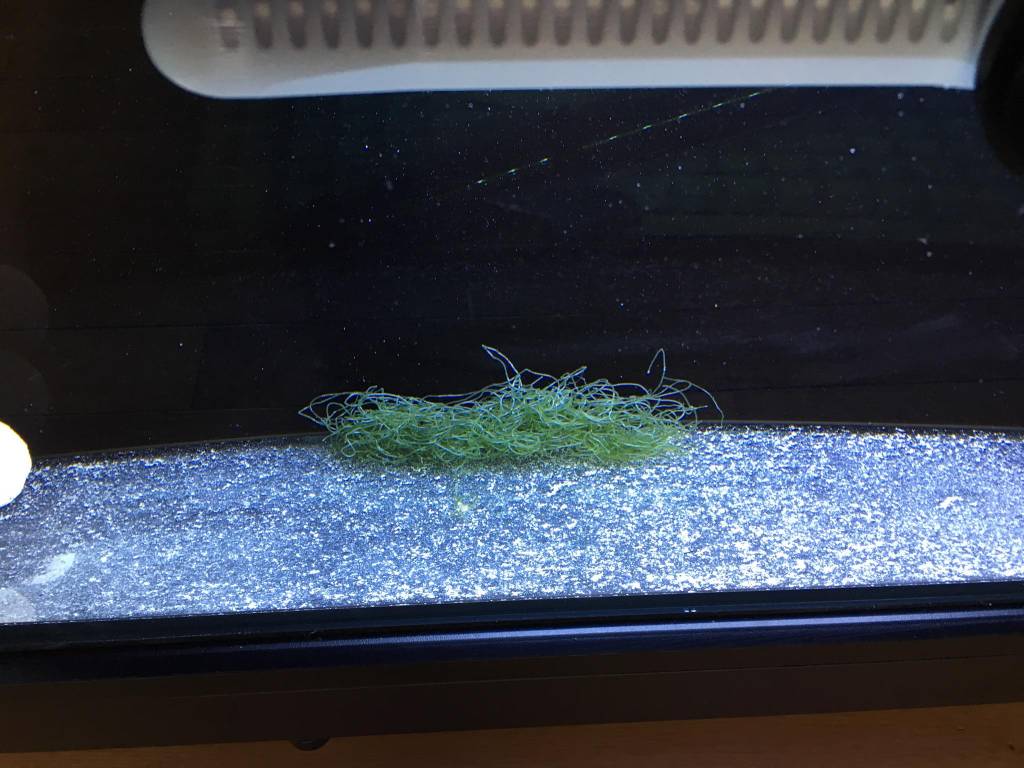 RS STAFF
I added a blue hippo tang to the main tank the week after Christmas. She was a new baby from LiveAquaria, about 1.25 inches long. She was healthy, happy, and eating for about three weeks.

Then she started acting strangely - hiding out in caves when she used to openly swim the whole tank. One morning I checked on her, and she was covered in ich. Before I could get her out, she passed away, she passed ich onto every other fish in the tank.

On January 26th, Hutch and I set up an emergency tank for copper treatment. I got all the fish out, except the Kole Tang, who passed away before I could get him out of the main tank.

All of our fish have passed away, and the main tank will now sit empty (except for the corals, hermits, snails, coral banded shrimp, and tuxedo urchin) until the beginning of April.

We are both devastated. I've had my clowns for six years. The banggai cardinals were laying eggs. My foxface would eat bubble algae from my hand. And the kole tang had tons of character. They all had survived the two moves to and from the pet store.

In other news, the corals are doing great. Many are splitting and multiplying away. The chaeto is now a gigantic mass in the refugium. Hutch bought me the Nyos Torque reactor for Xmas and that's humming away tumbling GFO. I'll post pictures soon. But for now, we're both weary and tired.

I am sorry for your fish, it is awful.

RS STAFF
Since February 9, 2019, our tank has been void of fish due to an ich outbreak that wiped out the tank.

On May 26th, after standing fallow for over three months, we added the following:

I took these pictures today: 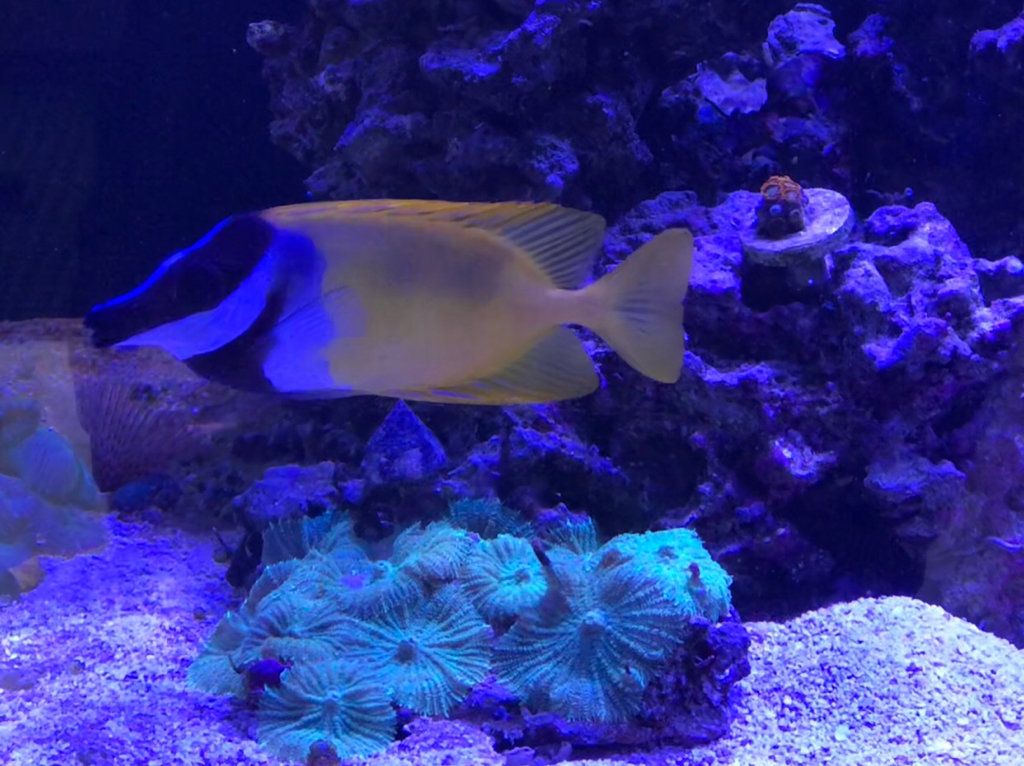 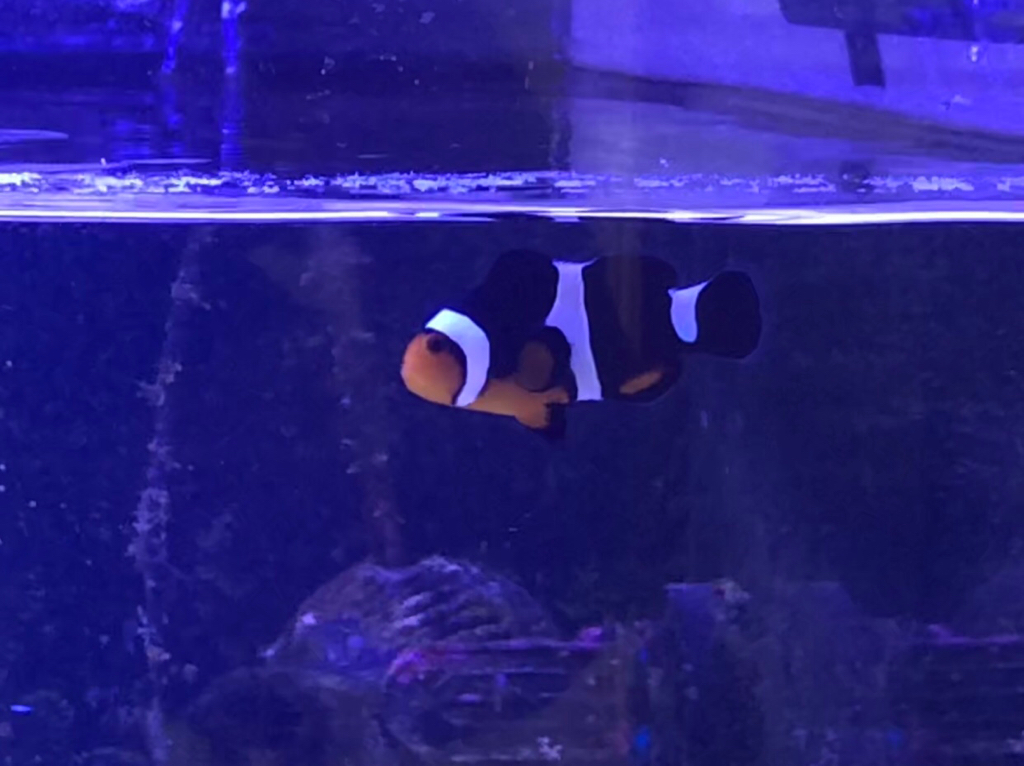 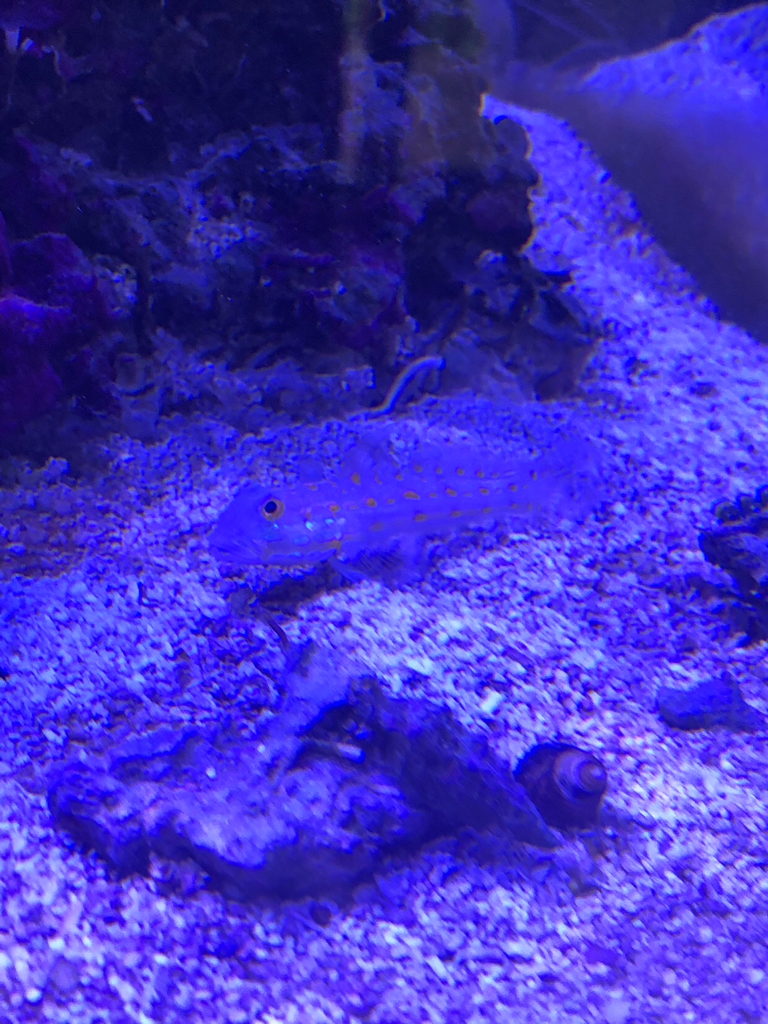 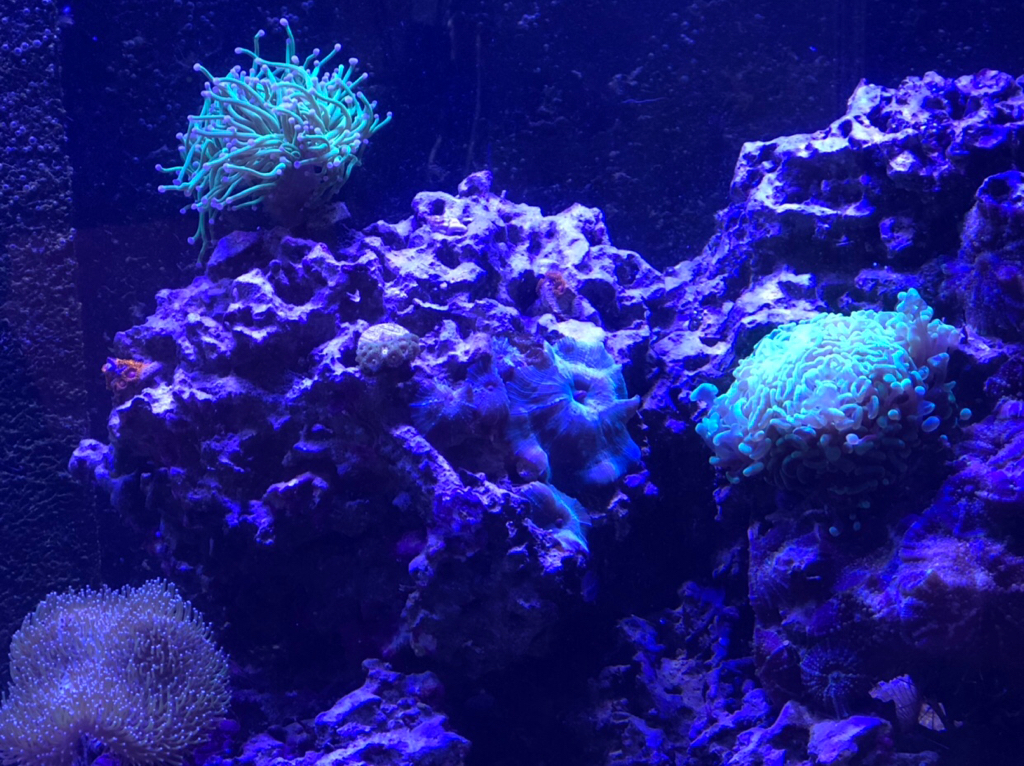 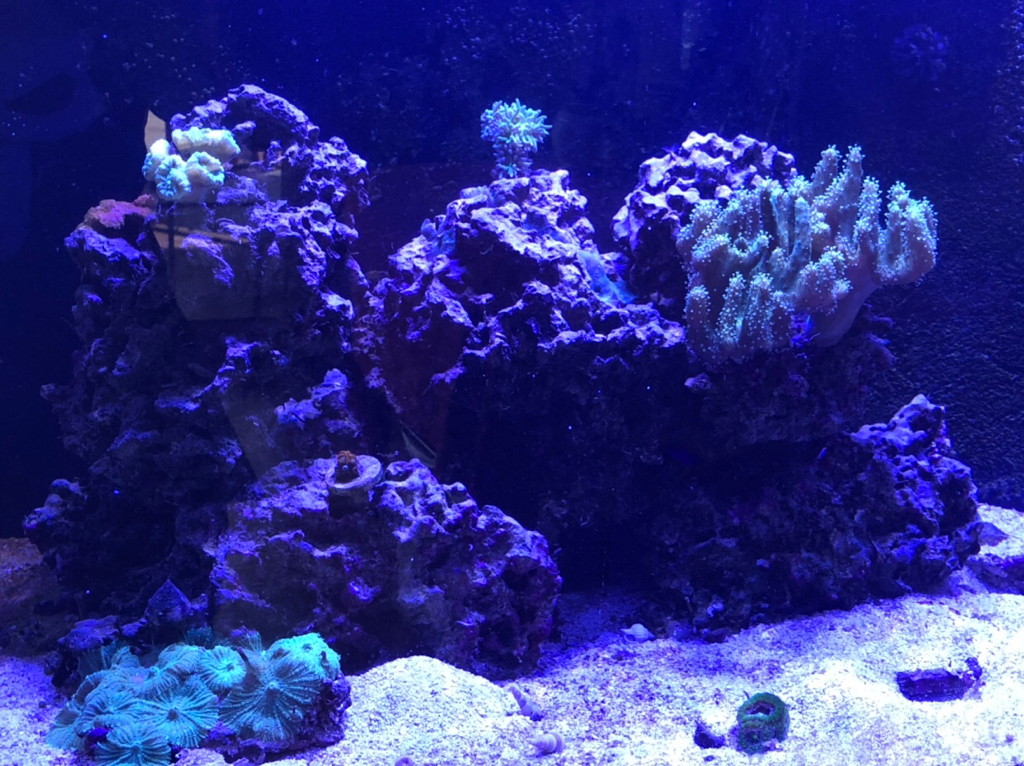 All the corals are doing fine. The clean up crew is expanding now that I have new fish. So far, everyone is eating and no signs of stress.