The 800ml waste container wasn't holding more than about a day of skimmate. So I replaced it with a 2L container with an optical sensor on top which will kill the skimmer once full. Hopefully that will do the trick! Love the new Apex with Fusion. 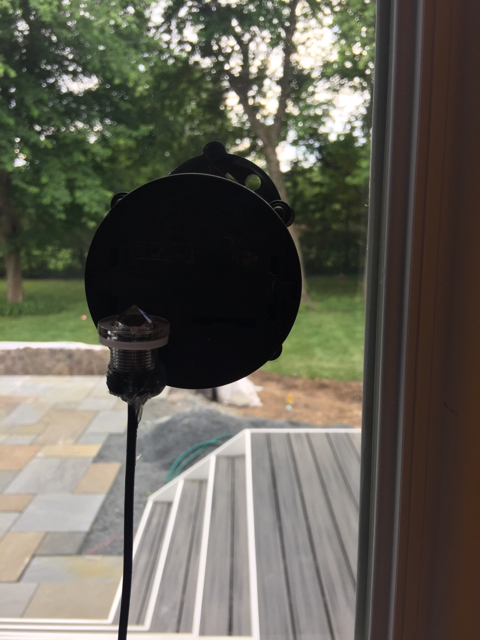 Lots done today. Added my last dos unit so now I can do water changes, dose three part and no pox.

Plan to shift off reef mature and onto reef foundation this weekend.

Animals look good. Diatoms still there but my team is keeping them in check. Skimmer works like a champ. Love this tank! 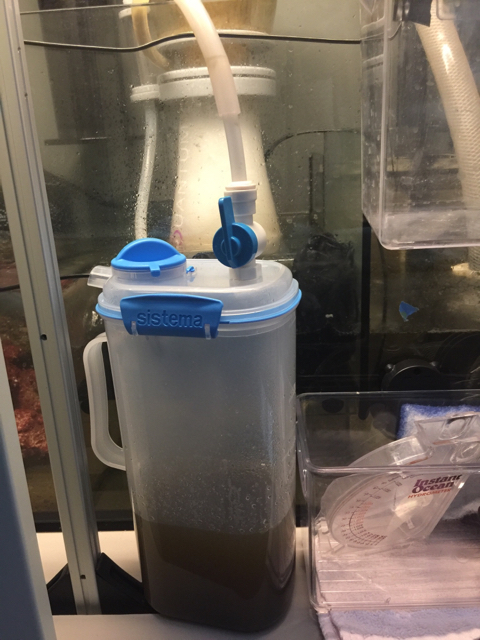 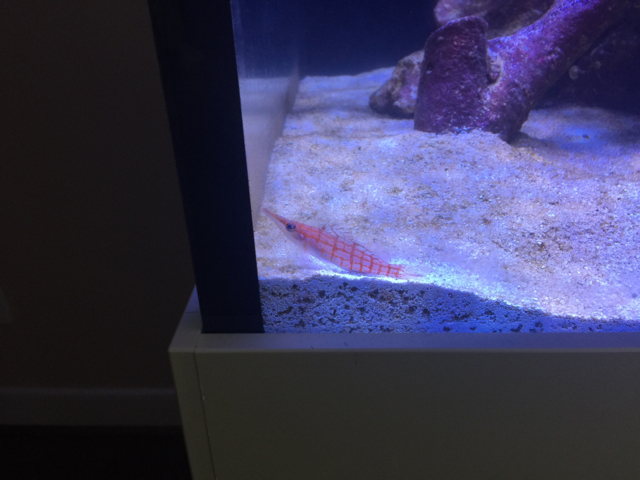 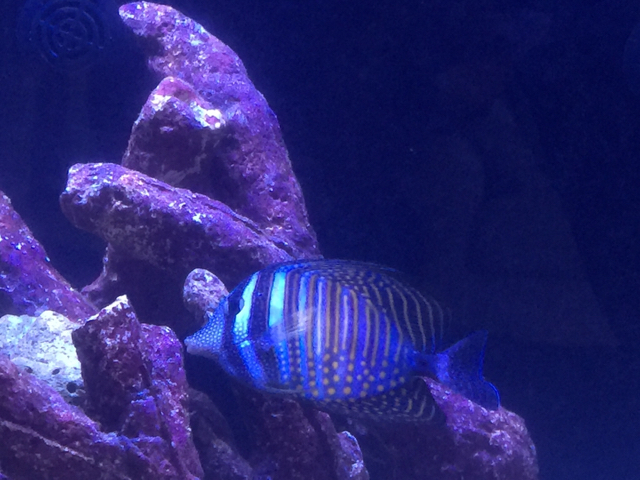 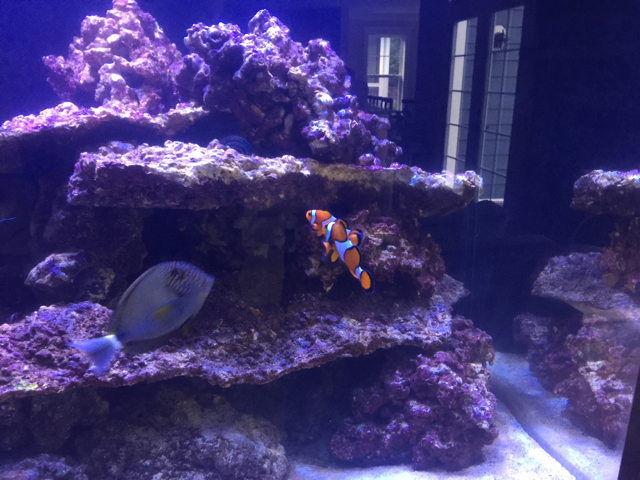 Some quick shots of progress.

I think with the spectrapure ato and one more optical sensor the "system" will be complete! Getting everything working has been so much easier with Fusion. On to critters! 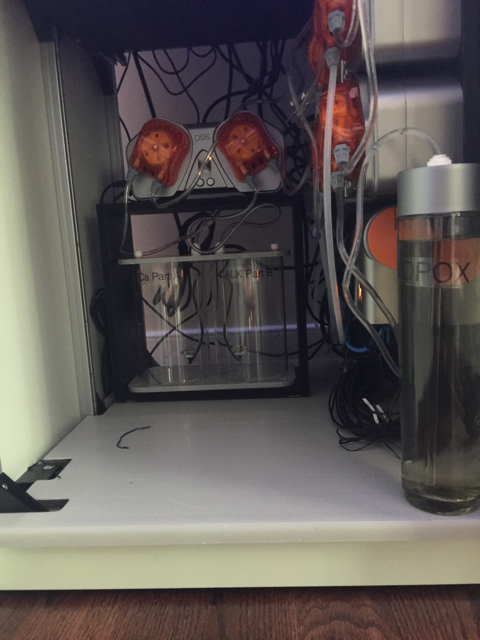 Wow your setup looks great and I love the viewing room!

Now we need the cloudiness to go away. Dropped my NOPOX dose dramatically yesterday. Hopefully by tomorrow we get clear.

Got some color in the tank. Ordered a lot of zoas and shrooms. Tank absorbed them without blinking. Gonna need a bigger credit card! 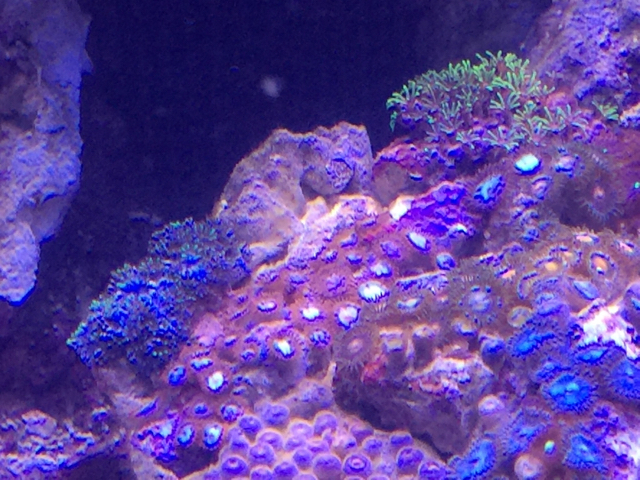 That is practically the motto for reef keepers

The 650 is a huge beast and as you say you put a coral in and, well, it makes no difference!

I do buy some bigger Coral colonies from time to time, but also buy large batches of small frags and then let them grow. I usually get 15-20 at a time - well because I'm obsessed! Lol

They cost a fraction of the price and grow relatively quickly, at least Soft and LPS anyway.

I'm about to order another batch!

Looking great. It's amazing how the store displays look so much smaller when back home

Two days later and water is crystal clear. Amazing how things change in this hobby!

When getting frags do you find most of them take? Or are some losses common?

Things are coming along. I think I am going to go on red sea's accelerated growth protocol. I've got Ca and alk and nopox on dosers, and am doing Mg manually.

The AWC is working nicely so far at about 1.6 gal per day.

pH is low (new house) so I'm going to try a scrubber. Seems simple and the least expensive bit of gear so far.

My nest camera is nice but keeps getting moved so I am going to try a foscam in the ceiling. 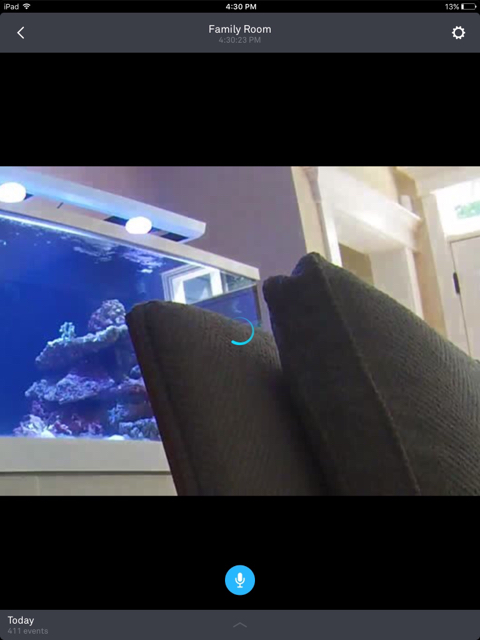 Corals are stabilizing and I'm getting ready to mount some of them.

And one of my hydras died. Fortunately ecotech/Ali is sending a replacement this week

New hydra received and lighting is back up and running. The open top is taking a toll - 2 anthias and my long nosed hawk so far. Supposed to get the top next week. 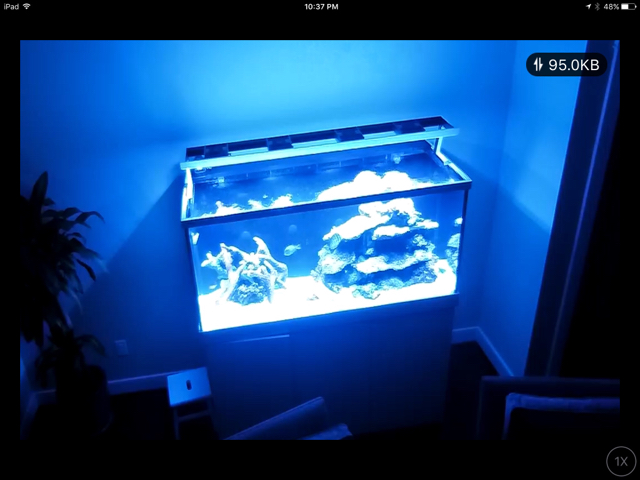 Three jumpers already is quite a lot. I have had one in six months. Have you thought of the reason why they are jumping?
The obvious thing is that they are just trying to escape from being chased by something else, but there are other reasons why they jump. I once had two Clowns, on their own in a sixty litre tank, and they both jumped on the same night ! Sometimes I think the water parameters can make them jump if they are not right........but I'm only guessing. I'm sure there is someone out there with a lot more knowledge of this.

I'm tempted to get one of the mesh tops from Simply Aquaria, who are UK based. In the US I like the Artfully Acrylic tops, but not only are they expensive, the postage costs to Europe are just silly, so I envy you being able to get the AA top!

I have quiet a lot of rock work, probably 75-85kg now, and i wonder if this helps with the fish being able to hide rather than leap out like a rocket!

As a matter of interest on the more rock principal, the only fish that lept was a diamond goby from my Max 260, which was nearly empty of rock as I'd moved it to the 650. He lept out the day before I was taking him back to the shop from a near empty 260 litre tank.

I've seen the mesh tops, but I just love the open top tank and don't want to spoil it, but that's just me.
N